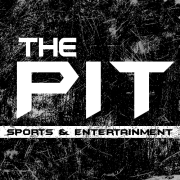 The Pit: Sports and Entertainment began as my college radio show on WXOU 88.3FM at Oakland University as The Pit: Sports Talk. I would cover Oakland and other collegiate sports, as well as professional sports with some other bits of music, movies and gaming involved here and there.

After graduation, I started a website called The Pit: Sports and Entertainment, as a blog dedicated to sports coverage, music, movies and tv and gaming.

In August 2013, I decided to move the site beyond just another blog and turn The Pit into a legit sports and entertainment news site. We have grown to a 30+ writer staff, all of whom cover different areas for the site. We exclusively cover Oakland Golden Grizzlies athletics as well as Notre Dame football and basketball, the AHL’s Grand Rapids Griffins (Detroit Red Wings) and Chicago Wolves (St. Louis Blues), West Michigan Whitecaps (Detroit Tigers), Grand Rapids Drive (Detroit Pistons) and the Columbus Crew of the MLS.

With The Pit, I have had the privilege to personally cover Notre Dame football as well as the US Women’s National soccer team and European soccer in Liverpool and Olympiacos.

Music coverage takes place primarily at shows, both large and small, in the Metro Detroit area with some coverage expanding to the greater Great Lakes region of the country. Band interviews, photography and reviews are also featured. Gaming and TV/film coverage consists primarily of columns and reviews.

Provided photo and game coverage for the Liverpool vs. Olympiacos match at Soldier Field in Chicago as part of the Guinness International Champions Cup. Liverpool won the match 1-0 off a Raheem Sterling goal in the opening minutes.

Everett Golson threw for 295 yards with five total touchdowns in his return to the Irish for the 2014 season opener. Golson had two touchdowns in the air and three on the ground, rushing for 41 yards. The Pit began covering Notre Dame football in the fall of 2014.

Notre Dame quarterback Everett Golson connected with tight end Ben Koyack with 61 seconds left in the game to put the Fighting Irish ahead of Stanford, 17-14. The following video of the post-game press conference was shot by myself using a Canon Rebel T3i.

The Fighting Irish closed out the regular season at home with a decisive win over ACC foe Clemson. Irish star Jerian Grant finished with 19 points in the contest.

The Blue Team squeaked out a 7-0 victory over the Maize Team Saturday as Michigan hosted its annual spring game at Michigan Stadium before what seemed to be a 75-percent full Big House.

Midfielder Nick Besler followed in his older brother’s footsteps through a collegiate career at Notre Dame to earn his call up to Major League Soccer. I had the chance to talk with Notre Dame men’s soccer coach Bobby Clark about Nick Besler’s playing career and his ability to succeed in the MLS.

Three takeaways from the Music City Bowl and Notre Dame

After a disastrous second half to the 2014 season, Notre Dame managed to fend of LSU to win the Music City Bowl, 31-28. The Irish finished the season with an 8-5 record.

Irish take down No. 19 Spartans in overtime

Jerian Grant led Notre Dame with 27 points as the Irish fought back from behind to beat the No. 19 Michigan State Spartans at Purcell Pavilion, 79-78.